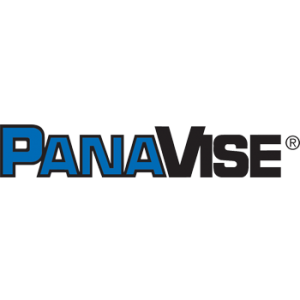 In the security industry, PanaVise is a premier supplier of high-quality CCTV camera mounts.

PanaVise have a long history of mount and holder innovations:

In 1956 tool and die maker Otto Colbert founded Colbert Industries, Inc. (later to be called PanaVise Products, Inc.). To make his work easier, Otto needed to tilt, turn and rotate his die casting dies for repair. Thus, the famous "split ball" base was developed and patented.

In 1963 PanaVise started exporting its innovative products. Today, PanaVise can be found in 25 countries around the world.

In 1974 PanaVise developed its first circuit board holder as an interchangeable head for the 300 base. This system quickly became a "standard" in the electronics tool industry.

In 1978 Colbert Industries was purchased by Gary Richter (PanaVise’s president at the time). The name of the company was changed to PanaVise Products, Inc. They were then relocated to Long Beach, California, and folded in to the PanaVise family.

In 1981 PanaVise developed its first Mobile Phone Mount for Xyntel. This product later evolves into the PanaVise 320 Standard Phone Mount.

In 1982 PanaVise built special mounts and bases for use in the U.S. space shuttle program.

In 1990 PanaVise relocated from Long Beach, California, to the high desert of Sparks, Nevada. This expanded corporate facilities to 29,000 square feet.

In 1992 PanaVise’s 300 Base is redesigned once more to increase its holding capacity by 100% and it receives its third U.S. Patent on the "split ball" design.

In 1996 PanaVise celebrated its 40th Anniversary. To celebrate this anniversary PanaVise broke ground for a new 58,000 square foot manufacturing and administrative facility in Reno, Nevada.

During the span of 2000 to 2006 PanaVise expanded its mounting family to include the 709 window mount for a Delphi Automotive products family. This becomes the spring board for PanaVise quickly becoming recognized around the world as the quality leader in suction cup-window mounts for Mobile Electronics in vehicles.

PanaVise is awarded the winner of the 2011 'Most Repair Friendly' competition.

In 2012 they featured on a new show called “Look 4 USA” that focuses on companies that manufacture locally in the U.S. and specifically in Reno, NV for their premier episode.